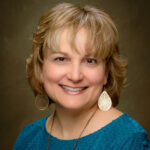 Elaine is a native of this area who has lived in the city of Huntsville, the city of Madison, and Madison County. She first became involved with CWJC through her missions group at church, which started the career clothes closet ministry. Then she served as a volunteer, supervising the student internship program. In 2003, she became a Site Coordinator and then moved into the position of Executive Director in 2007. Elaine has a supportive husband, three wonderful grown sons, two amazing daughters-in-law, and three lovable grand dogs! She teaches a Bible study for young married couples on Sundays and is a part of the coalition Wheels 4 Working that helps find transportation resources for the working poor. When she’s not serving, she enjoys photography, reading, hiking, and traveling. She is also often found tailgating at Auburn games and says she loves her Tigers—win or lose! 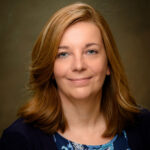 Anita was born and raised in Huntsville. She graduated from Grissom High School and Auburn University. She is married and has two sons. Her oldest son is a TV meteorologist in Texas and her youngest son is a junior at UAH. She is a member of GracePointe Baptist Church in New Market. Before becoming a site coordinator, she volunteered as a Language tutor and as a mentor with CWJC. She enjoys crafting, home decorating and paddle boarding. 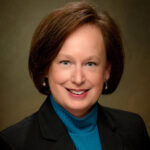 Susan was born in Dallas, Texas, and came to CWJC by way of computer software engineering. She started teaching computer classes in 2013, with no intention of taking on any extra leadership roles. She is now so thankful God had other plans for her! Susan is married to David, and she is blessed with three stepchildren and three step-grandchildren. She also has two “fur babies,” Lucy and Rooby. Susan has two church homes, Asbury Church in Madison and Church on the Lake in Guntersville. She has served in lay-leadership with the Asbury Prime Timers for eleven years and counting, and she serves on the board for Church on the Lake, which meets Memorial Day through Labor Day. The lake is where she spends a lot of her free time; she loves being outdoors kayaking, hiking, or biking. Susan says she likes to “pray and play every chance she gets!” 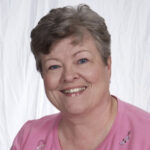 Nancy is a native of Huntsville and currently lives in Madison.  She graduated from Lee High School and studied accounting at UAH and the University of Texas at San Antonio.   She has volunteered with CWJC for many years, including mentoring, board membership, mentor training, and accounting.  When the chance came to become recruitment director she jumped at it!  A member of Asbury UMC in Madison, she has been trained as a Stephen Ministry leader and Samaritan’s Purse disaster missions leader.  Through Asbury she has been active in missions both local and foreign, singles ministry, Bible study leader, oil change ministry, and Women’s ministry.  Crochet and sewing are her favorite hobbies but her passion is her 8 grandchildren! 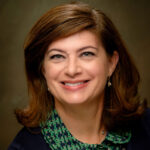 Amy was born in Montgomery, Alabama but considers Alexander City her hometown, having moved there at age 10. After graduating from Auburn University, marrying Huntsville native David Harbarger, and having three sons, Amy found her niche in volunteering. It became evident after many years with PTAs and other community organizations that volunteers are the bedrock of a city and community. Since 2013, Amy has volunteered with CWJC as part of the Circles Luncheon planning committee and as a member of the Board of Directors. When a part time job opened up at CWJC as Volunteer Coordinator, the timing seemed right! First Baptist Huntsville is her church home where Amy teaches 5th grade Sunday School. Her favorite activities include being with her family (which doesn’t happen often since two kids are at Auburn), reading, spending time with friends, and watching British dramas on PBS! 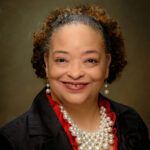 Constance was born and raised here in Huntsville, graduating from Lee High School and Alabama A&M. She has been with Christian Women’s Job Corps for 11 years. Constance has two children and two darling grandchildren; she calls her children “the beat of my heart.” She also has a heart for ministering to women and encouraging them in a closer walk with God. In addition to CWJC, she leads a Bible Study and has recently been appointed to lead the women’s ministry at her church, Union Hill P.B. An avid reader, Constance reads an average of 1-2 books each week. She also loves music and traveling, catching any movie or cartoon featuring talking animals! 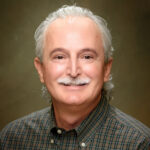 Ron grew up in Huntsville, and had the opportunity to work with several great companies and owned a business along the way. He has coached and mentored several entrepreneurs and start ups and is now focused on planning and developing a new CMJC site to serve men seeking to improve their job and life skills.

Volunteers are a Christian Woman or Man*

Are you up for a challenge? Help us make this the best Circles yet by inviting 20 of your friends, family, church, or neighbors to this inspiring event!

Plan to be a 2020 sponsor for our Circles Virtual Event

If you have any questions about the Virtual Marketplace, please contact Kim Mims at kimcmims@gmail.com or 256-337-7541.

Click the blue Register button in the RSVP form to start the registration process.

Thank you to all that supported us at the 2019 Circles Event!